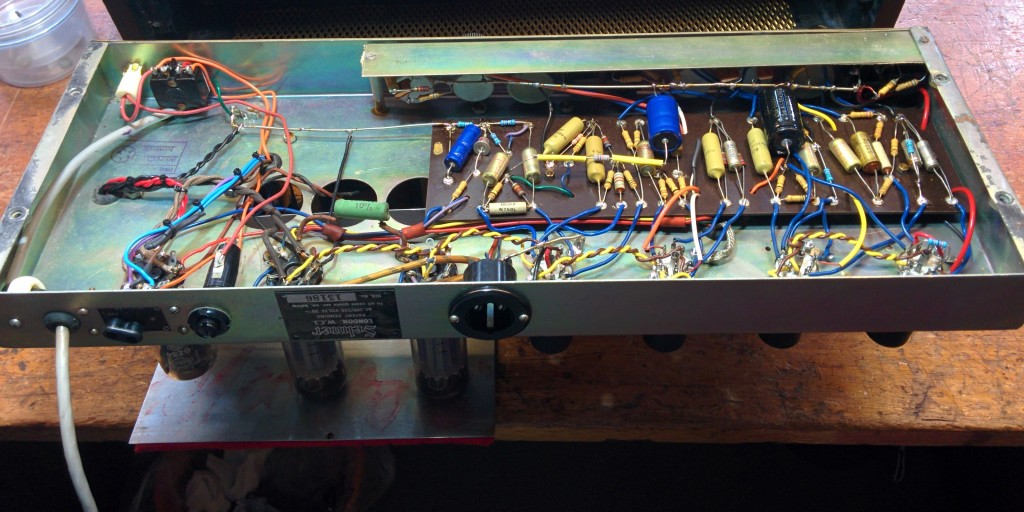 Our facebook friend Barry Oliver brought this lovely Selmer TruVoice Bassmaster Fifty amp in for repair. The main complaint was that it was not powering up but there was quite a bit more to it than that. Below are a few photos at various stages of the restoration which actually included an almost full rebuild of the amp. Here is some of the work which we carried out:

Once the work had been complete, there was just a little mod to add in order to keep the hum to a minimum, then the amp was good to go. Barry came round to try it with his matching cab and it sounded fantastic. What a great little amp! 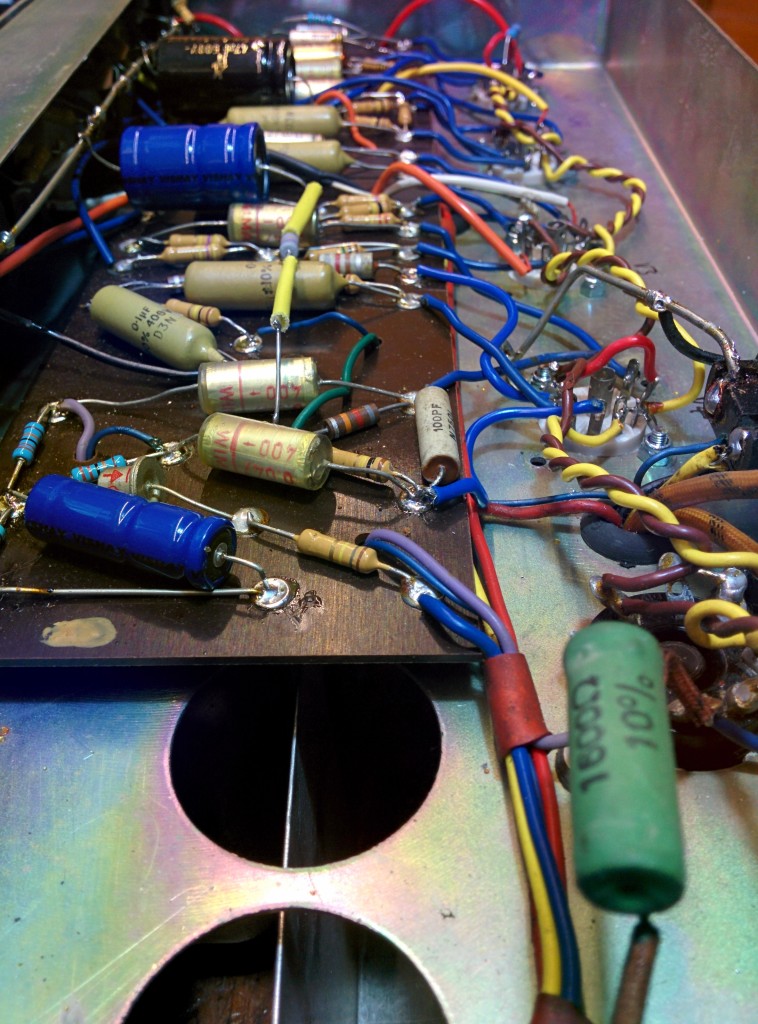 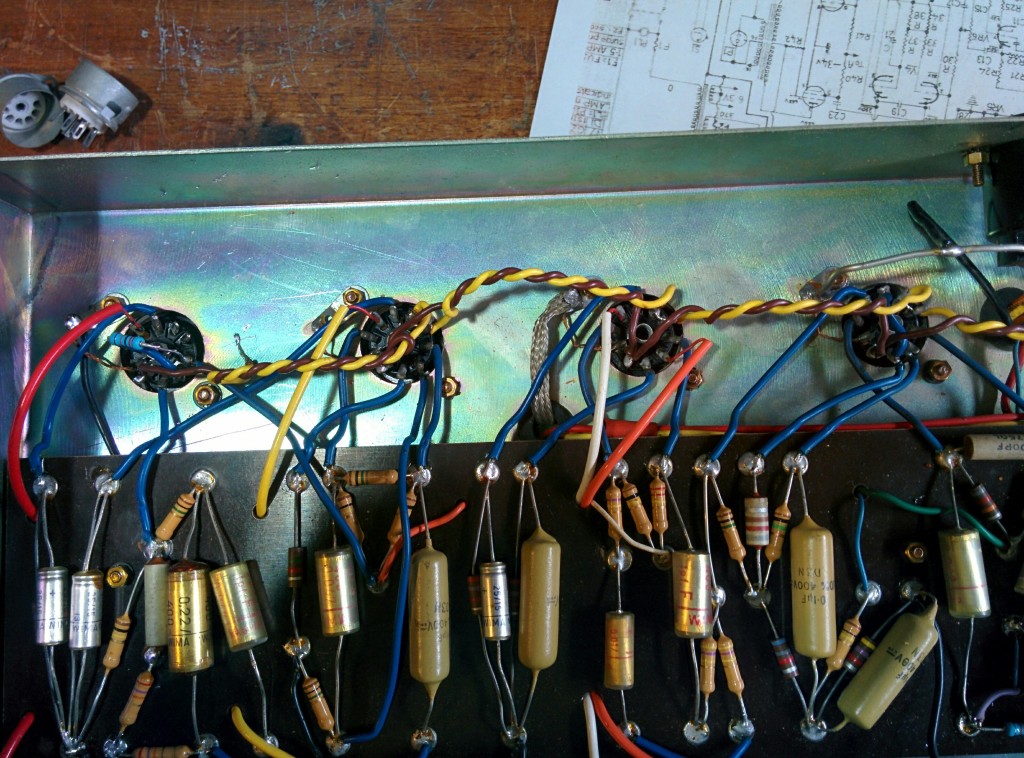 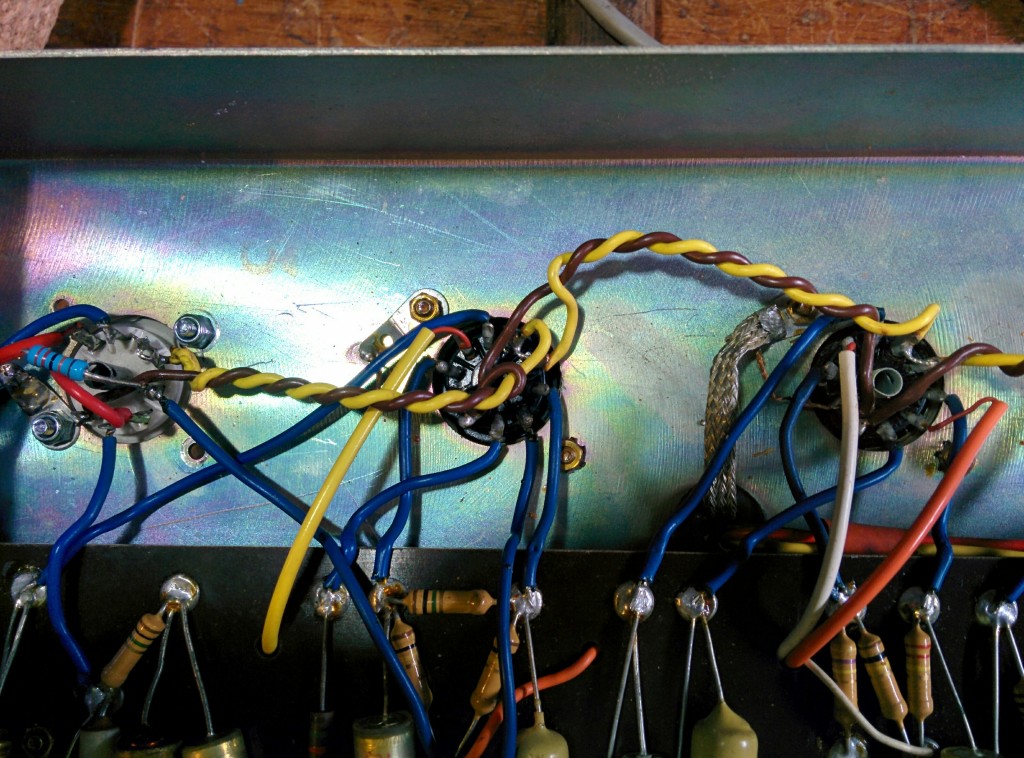